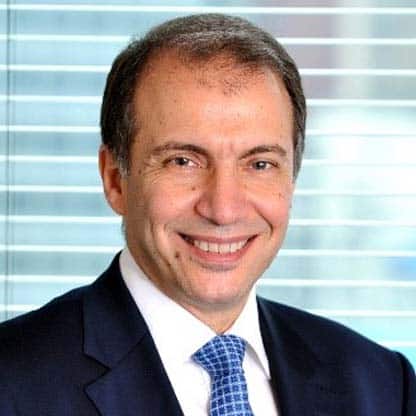 In March 2020, Samir Assaf took on a new role as Chairman (non-executive) of Corporate and Institutional Banking and stepped down as Chief Executive of Global Banking and Markets (GBM) - a position he had held since 2011. In his new capacity, Samir is responsible for strengthening HSBC’s ties with its most important clients and partners. He also supports the bank with the development of its sustainability strategy and new partnership models. Samir began his career in finance at Total in 1987. He then joined Crédit Commercial de France (CCF) in 1994 and joined HSBC in 2000 through the Group’s acquisition of CCF. Samir became Head of Global Markets at HSBC in January 2008 and then Chief Executive of GBM in 2011. He was instrumental in helping steer GBM through the global financial crisis and played a pivotal role in building the GBM business of today. In addition, Samir remains the Non-Executive Chairman of the Board of HSBC France - a role he has held since 2011. Samir is also a Member of the Saudi British Bank Board in 2016. Samir also remains a Group Managing Director. In May 2014, Samir was appointed Chairman of the Global Financial Markets Association, a position he held for two-and-a-half years. He was also a founding member of the Association for Financial Markets in Europe. He holds an MBA in Economics and International Finance from La Sorbonne University in Paris and a BSc degree in Finance from L’Institut d ’Etudes Politiques in Paris.