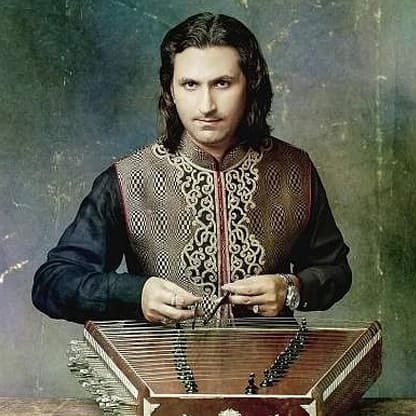 Rahul Sharma is a master of the santoor, which is a similar instrument to the hammered dulcimer. Shri Sharma is the son of Shivkumar Sharma and both father and son are renowned for their skill on this instrument. Shri Sharma was always in love with music, often singing at an early age and playing the harmonium. Learning the santoor at age 13, the child wasn't completely sure of pursuing music until he turned 17. After studying economics at Bombay’s Mithibai College, he began performing with his father. In September 2000, Real World Records released Music of the Himalayas, a live performance in Turin featuring Shri Sharma, percussionist Pandi Bhawani Shankar and tabla player Ustad Shafat Ahmed Khan. The musician has performed in North America and throughout Europe. He has also performed at various folk and world music festivals, including World of Music, Arts and Dance (WOMAD).