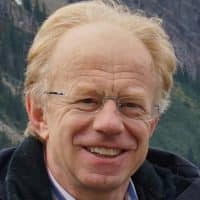 Paul Markwell is Vice President, IHS Energy, for the upstream oil and gas consulting practice in Europe. He also oversees upstream technology research and for 10 years has led various research and consulting teams, overseeing content and consulting on strategy, opportunity screening and characterization, unconventionals, and technology and innovation. Mr. Markwell has over 30 years of experience in the upstream oil and gas industry as well as management consulting expertise covering operations, acquisition and divestiture strategic planning, asset management, and energy policy development. Prior to joining IHS Mr. Markwell worked for over two decades in the upstream oil and gas industry and subsequent consulting-related roles. He held posts at McKinsey and Company as an upstream expert consultant and as European Petroleum Practice Manager, as an expert advisor to oil and gas consulting teams. Previously Mr. Markwell spent 18 years in international exploration and production companies, most recently as General Manager for British-Borneo’s business in Pakistan, overseeing the commercialization and development of the company’s gas assets. He also worked in business development roles with Hardy Oil and Gas and with Shell UK and led numerous oil and gas acquisition and divestment projects. Mr. Markwell first joined the industry as a petroleum engineer with Shell International and worked in a number of operational and team leader positions in the Netherlands, Thailand, and the United Kingdom. He is a lay member of Brunel University Council in the United Kingdom. Mr. Markwell holds a BS with honors from Imperial College, London and an MBA from Henley Management College. He is based in London.