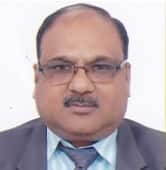 Sh. Partha Jana has been appointed as CEO of TFL wef 01st Feb., 2019 and is Executive Director in GAIL (India) Ltd. Sh. Jana is electrical engineer from NIT – Srinagar and he started his career in GAIL in the year 1986 in the pipeline department when GAIL was laying the longest NG pipeline of the country HVJ. During a career spanning 33 years, he has worked in different capacities in GAIL including world’s longest exclusive LPG pipeline Jamnagar – Loni, LNG terminal at Dabhol, successful implementation of CGD project in Benagaluru and other cities in eastern part of the country etc.

He has extensive experience in Project Implementation, Project Execution, commissioning and O&M of pipelines and retail gas business etc. Further he has also served as consultant to ADB for Capacity Building for reconstruction and development of oil and gas infrastructure in Afghanistan. He is member of NACE since 1993 and has attended various trainings in USA, Canada, UK. He has also presented many papers at many national and international forums.

His areas of interest include Cathodic Protection system and corrosion in pipelines, gasification among others.