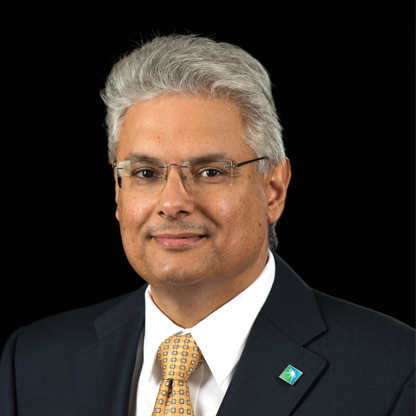 Mohammed Y. Al Qahtani was appointed senior vice president of Downstream, effective September 13, 2020. He assumed the role from his prior position of senior vice president of Upstream, where he had served since January 2016. Mr. Al Qahtani is chairman of the Saudi Aramco Jubail Refinery Company, the Aramco Trading Company, the Dhahran Techno Valley Company Advisory Committee, and the King Salman Energy City Development Company. He is also a Board member of the Saudi Arabian Mining Company. Mohammed is also the co-lead chairman of the Saudi Aramco-King Abdullah University of Science & Technology Partnership Committee and the King Fahd University of Petroleum & Minerals Oversight Board. In addition, he is a member of the Board of Advisors for the Bilateral U.S.-Arab Chamber of Commerce. Other Boards on which he has served include the Saudi Council of Engineers, the Arabian Geophysical & Surveying Company Ltd., and the International Society of Petroleum Engineers. Mr. Al Qahtani has taken on several assignments since joining Saudi Aramco in 1983. Notably, in 2008, he was appointed Saudi Aramco’s Chief Petroleum Engineer. In 2009, he assumed the position of executive director of Petroleum Engineering & Development, where he remained until 2011, when he was appointed vice president of Petroleum Engineering & Development. In 2013, he was named vice president of Saudi Aramco Corporate Affairs before becoming vice President of Corporate Planning in 2014, where he was responsible for developing and overseeing the Company’s short- and long-term strategic plans. Mohammed earned a Bachelor of Science degree in petroleum engineering from King Fahad University of Petroleum & Minerals in 1988, followed by a master’s degree and doctorate in the same field from the University of Southern California in 1992 and 1996, respectively. He has taken part in several leadership and management training programs, including the IMD Leadership Program in Lausanne, Switzerland; the Saudi Aramco Management Development Seminar in Washington, D.C.; the Oil Economies Seminar in London; the Career Development and Training program in Bahrain; and the Oxford Energy Seminar in London.