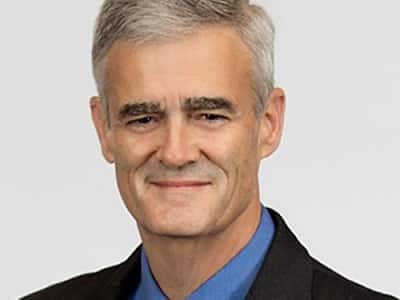 From April 2016 until his most recent appointments, Train served as executive president of Emerson’s Automation Solutions business, managing strategy and operations for one of the company’s two business platforms. In this role, he led initiatives to help industrial customers enhance their operations to achieve Top Quartile performance.

In 2016, he was also named to Emerson’s Office of the Chief Executive, which helps develop and guide the company’s global business strategies. He will continue to serve on this company leadership team in his new roles.

From 2008 to 2010, Train served as president of Emerson’s Rosemount business. From October 2010 to April 2016, Train served as president of global sales for Emerson Process Management. In the latter role, he oversaw five world area regional organizations focused on sales, service, support and customer satisfaction across all products and services provided by Emerson Process Management.

Train holds a bachelor's degree in electrical engineering from General Motors Institute and a master’s degree in business administration from Cornell University.