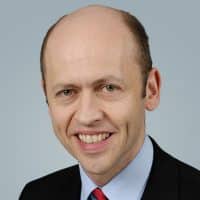 Michael Stoppard, Chief Strategist, Global Gas, is a member of the Energy Research Council overseeing thought leadership across global energy and is a 20-year specialist in the international gas business. He is responsible for the development and coordination of the IHS global and interregional coverage of gas markets and liquefied natural gas. Previously Mr. Stoppard led the global gas team at IHS (formerly CERA). He is the author of numerous IHS Energy reports, including "Challenge and Change in the EU-Russia Gas Relationship"; "The Energy Investment Imperative in Europe"; and "Methane Hydrates Breakthrough: The next game changer or a major step on a longer road?" He was a coauthor with Daniel Yergin of “The Next Prize,” published in Foreign Affairs. Before joining IHS Mr. Stoppard was a research fellow at the Oxford Institute for Energy Studies. In addition he served as a Parliamentary Special Advisor on energy regulation for the House of Commons Trade and Industry Committee in the United Kingdom. Mr. Stoppard holds an honors degree from the University of York.