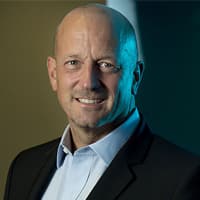 Lance Uggla is Chairman and Chief Executive Officer of IHS Markit. He served as President from July 2016 to December 2017 and was appointed Chief Operating Officer in October 2017. Prior to the 2016 merger of IHS and Markit that formed IHS Markit, Mr. Uggla was the Chief Executive Officer of Markit, responsible for leading the company's strategic development and managing day-to-day operations. He founded Markit in 2003 after spotting an opportunity to bring transparency to the credit default swap market. The company launched the first daily credit default swap pricing service that year. He oversaw Markit's growth from a startup to a global public company with more than 4,200 employees in 28 offices worldwide, serving more than 3,000 customers. He graduated from the Simon Fraser University in Canada with a BBA and holds a Master of Science degree from the London School of Economics, UK.