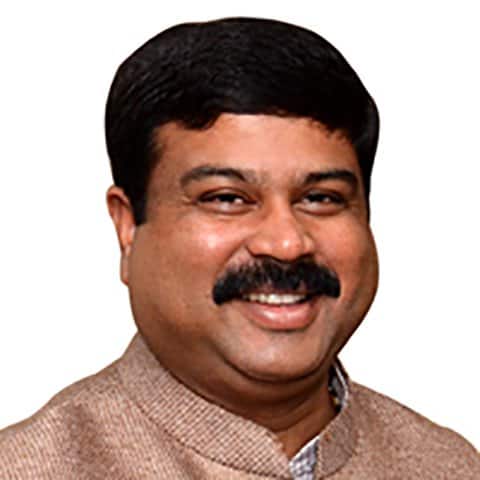 Hon. Shri Dharmendra Pradhan is the Minister of Petroleum & Natural Gas and Minister of Steel, Government of India. He was first elected to the Rajya Sabha, the upper house of the Indian Parliament, in 2012 to represent Bihar State. During his term he has served as a member of the Parliamentary Committees on Rural Development, Government Assurances, and Agriculture. Previously, from 2004 to 2009, Hon. Shri Pradhan was a member of the Lok Sabha, or lower house, representing the Deogarh constituency of the State of Odisha. He first entered public life as a member of the Odisha Legislative Assembly from 2000 to 2004. Hon. Shri Pradhan has worked on issues concerning youth, such as unemployment and a lack of skilled education, as well as the rehabilitation and resettlement of farmers, displaced persons, and other backward classes. He has played a major role in mobilizing youth for politics and promoting better leadership. He enjoys studying history, politics, and changing social trends. Hon. Shri Pradhan holds a post-graduate degree in anthropology from Utkal University in Bhubaneswar, Odisha.