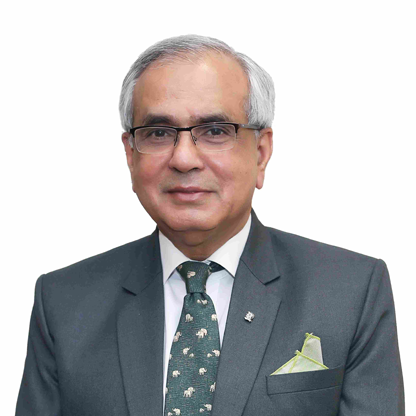 Dr. Rajiv Kumar is Vice Chairman, NITI Aayog, in the rank and status of a Cabinet Minister. He also serves as the Chancellor of Gokhale Institute of Politics and Economics, Pune and Chairman of the Board of Governors of the Giri Institute of Development Studies, Lucknow. He has wide experience of having worked in the academia, government, industry as well as in multilateral institutions. After completing his D.Phil at Oxford, Dr. Kumar started his academic career in the Indian Council for Research on International Economic Relations(ICRIER), Delhi as a Program Coordinator during 1982-1987. He was a Professor at the Indian Institute of Foreign Trade(IIFT) (1987-89). He later became the Director& CEO of ICRIER between 2006 and 2011. He served as Senior Fellow at the Centre for Policy Research(CPR) (2013-16), Delhi. He founded thePahle India Foundation, a non-profit making research think tankin 2013, which he also headed until 2017. His earlier stints in the government were asSenior Consultant at the Bureau of Industrial Costs and Prices(BICP), Ministry of Industry (1989-1991) and as Economic Advisor with Department of Economic Affairs(DEA), Ministry of Finance (1991-1994). His experience in the multilateral financial institutions was with Asian Development Bank(ADB), Manila, where he spent 10 years before returning to India in 2004. He also worked as Consultant to UNCTAD, UNIDO and the World Bank. He was the Chief Economist of the Confederation of Indian Industries(CII) during 2004-2006 and Secretary General of Federation of Indian Chambers of Commerce and Industry(FICCI) during 2011-2013. He has served on the Central Boards of State Bank of India for two terms and on the Central Board of Reserve Bank of India(RBI). Dr. Kumar has a Ph.D in Economics from LucknowUniversity(1978) and a D.Phil from Oxford University(1982).