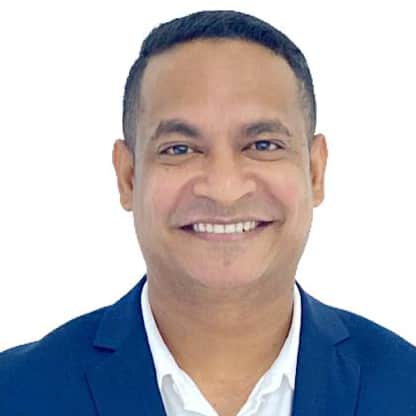 Florentino has more than 16 years of professional experiences with various agencies and holds numerous management positions in both corporate world and government. For the last 10 years his experiences were mostly evolving around the Ministry of Petroleum and Minerals of Timor-Leste, TIMOR GAP, E.P. (Timor-Leste’s national oil company) as well as ANPM (National Authority for Petroleum and Minerals) and Timor Resources. During his time with TIMOR GAP, E.P.’s he held various management positions from Geoscience Team Leader, New Ventures Manager, as well as Deputy Managing Director for TIMOR GAP SEISMIC SERVICES (TGSS); with TGSS – he managed the first 3D offshore seismic survey of Crocodile project, a seismic survey to be ever conducted by TIMOR GAP, E.P. and Timor-Leste. Florentino also had teaching experiences as a part-time or guest lecturer at several universities in Timor among others Universidade Nacional de Timor-Leste (UNTL), Dili Institute of Technology (DIT), Universidade Oriental (UNITAL) and Universidade de Dili (UNDIL) between the year 2011 - 2013. With ANPM, Florentino previously held a position of Joint Petroleum Development Area (JPDA) director, he coordinated the Transitional Arrangement process during Maritime Boundaries Negotiation between Timor-Leste and Australia – in which the main task was transitioning all the JPDA fields and some Australian fields that affected by the Treaty effectiveness into Timor-Leste’s jurisdiction. He also spent some times working for an oil and gas company in Timor-Leste as the head of Commercial and Compliance Director on onshore exploration. In 2020, he served as Principal Advisor for Minister of Petroleum and Minerals at the Ministry of Petroleum and Minerals of Timor-Leste. Florentino is a Fulbright alumni, holds a Master degree in Geoscience majoring in Reservoir Characterization from University of Tulsa, Oklahoma United States and Bachelor of Science with Honors in a combined degree of Geology and Resource Economics (a recipient of Norwegian Government Funded Scholarship – NORAD). He also studied International Relations and Politics before switching to Oil and Gas related studies. He is now the President of National Authority of Petroleum and Minerals (ANPM), a vice minister level position, and he considers himself as a millennial leader that put more emphasis on teamwork, innovative, servile, transformative and committed to diversity.