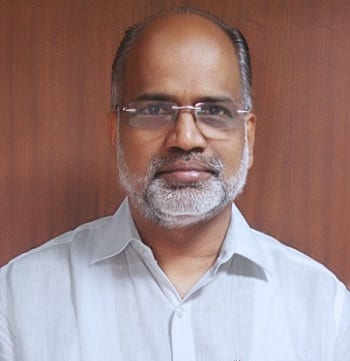 Dr. V. P. Joy is the Director General in the Directorate General of Hydrocarbons. DGH plays the role of the Regulator for activities in the upstream oil & gas sector in India and is the Technical Advisor for the Union Ministry of Petroleum & Natural Gas.

Dr. Joy carries diverse experience of more than three decades in the areas of Finance, Labour & Employment, Energy (Petroleum, Natural Gas and Electricity), Project implementation, Education and Welfare, combined in the State Government of Kerala and the Union Government. He has also been the CEO/Director of State-Owned Enterprises, many of which have been listed entities in Power, Finance and Industrial sector.

As DG-DGH, he took forward Discovered Small Field Policy to its second round. He is also steering the Hydrocarbon Exploration Licensing Policy through Open Acreage Licensing model with successful culmination of second and third rounds of bidding. He leads Country’s first state of the art National Data Repository (NDR) and coordinates the National Seismic Program aiming to appraise the onland areas of Indian sedimentary basins. Dr. Joy has initiated e-governance in true spirit in the Indian upstream sector by introducing online portals for contract monitoring and clearances such as PSC management system, Essentiality Certificate Management System and soon to be launched single-window portal in the E&P sector.

While Dr Joy has profound interest in mathematics and physics, he harbours an equal passion for poetry and philosophy. Besides contributing to several publications in the area of Energy, Environment and related areas, he has also authored three books as under:

3. Reflections on the Philosophy of Education, NCERT, New Delhi, 2002