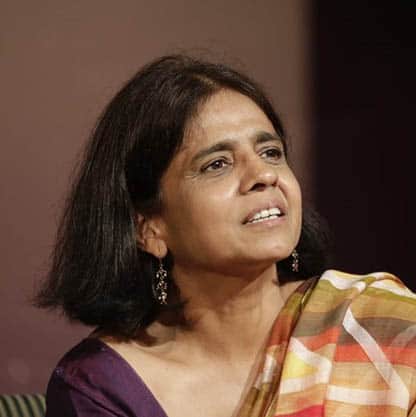 Centre for Science and Environment (CSE)

Sunita Narain, Director General, has been with the Centre for Science and Environment (CSE) since 1982. She is also the Treasurer of the Society for Environmental Communications and Editor of the fortnightly magazine, Down To Earth. She is a writer and environmentalist, who uses knowledge for change. Ms. Narain has devoted time to build the capacities of the CSE so that it can function as an independent and credible institution, influencing public opinion and advocating change. Today, with over 120 full-time staff, CSE is actively engaged in a variety of programs spanning issues of water management, climate change, air pollution, and food and water safety, to rating of industries in terms of the environmental performance and training. In 2005 she was awarded the Padma Shri by the Indian government. She has also received the World Water Prize for work on rainwater harvesting and for its policy influence in building paradigms for community-based water management. In 2005 she also chaired the Tiger Task Force at the direction of the Prime Minister, to evolve an action plan for conservation in the country after the loss of tigers in Sariska. She advocated solutions to build a coexistence agenda with local communities so that benefits of conservation could be shared and the future secured. Ms. Narain was a member of the Prime Minister's Council for Climate Change as well as the National Ganga River Basin Authority.