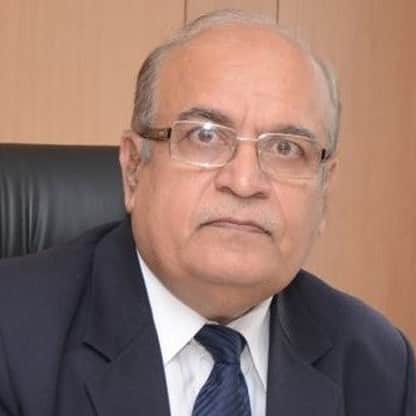 R.K. Malhotra is presently Director General of the Federation of Indian Petroleum Industry (FIPI). Earlier he was on the Board of Indian Oil Corporation Limited as Director (R&D) for four years and was holding charge as Chairman at the time of superannuation in 2014. Dr. Malhotra has more than 41 years of experience in the oil and gas industry, out of which over 37 years were at the R&D centre of IOCL where he worked at various levels in the areas of refining technologies, lubricant technologies, automotive testing, tribology, alternative energy (bio-energy, hydrogen and fuel cells), nanotechnology, gasification technologies, and economic policy research, etc. He has authored/presented over 200 research papers and holds 138 patents granted in India and abroad. He is also the Chairman of the Divisional Council of Bureau of Indian Standards (BIS), responsible for formulating specifications of petroleum, coal, and related products in India; Chairman of the Central Pollution Control Board (CPCB) Committee for formulations of emission standards for gensets; and Chairman of the Research Council of CSIR-Indian Institute of Petroleum. He is represented on the academic as well as research councils of University of Petroleum and Energy Studies (UPES). Dr. Malhotra is also the Member of the Governing Body of LPG Equipment Research Centre and also of the Scientific Advisory Committee of the Ministry of Petroleum & Natural Gas and Research Councils of IOCL and HPCL. He is the President of Hydrogen Association of India. He earlier held positions of President in the Society of Automotive Engineers (SAEIndia), Indian Chapter of International Council of Combustion Engines (CIMAC), Tribology Society of India, and the Indian Chapter of National Lubricating Grease Institute (NLGI), USA. He was bestowed with Rudolf A. Erren Award (2012) by the International Association of Hydrogen Energy (IAHE). He also received "Global Excellence Award" for his contributions in Renewable energy sector and also the IIT-BHU Alumni Award for excellence in R&D. Dr. Malhotra is a Mechanical Engineer from IIT, BHU, and Ph.D. from IIT, Delhi.