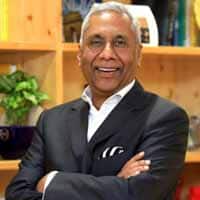 Deepak Bagla has a professional career of over three decades, starting with the World Bank in Washington DC. In 1989 he joined Citibank Global Corporate and Investment Banking team and held several responsibilities across Europe, Africa, Asia and Australia. In 2007 he joined Private Equity to start an India dedicated fund for core infrastructure. Mr. Bagla is currently Managing Director & CEO of Invest India, the National Investment Promotion and Facilitation Agency promoted by the Government of India. Invest India is also the execution agency for Government of India’s Start-up initiative. He is a special invitee on the official Bilateral CEO’s Forum and a member of the Venture Capital Investment Committee of the US $ 1.5 billion “Fund of Funds for Start-ups” established under the Prime Minister’s Startup India action plan. He is also a member of the Ministry of Finance steering Committee on Fintech and a Member of the High-Level committee of the Atal Innovation Mission responsible for establishing and scaling up incubators and tinkering labs across India. He was a special invitee to the Government of India’s, “High Level Committee on Financing Infrastructure” – (2011- 2013), member of the Banking & Finance Committee of the Bureau of Indian Standards (ISO affiliate 2005-06) and a member of the committee established by the Government to recommend corporate governance norms for independent directors (2006). He was elected President of Delhi Management Association (2008-09). Mr. Bagla has a Bachelor’s degree with Honors in Economics from St Stephens College, New Delhi and a dual Masters in International Diplomacy and International Trade and Finance from The School of Foreign Service, Georgetown University, Washington DC.