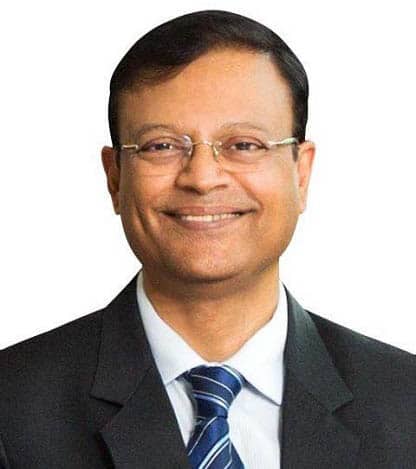 Mr. B. Ashok, is currently the Chief Executive Officer, Ratnagiri Refinery & Petrochemicals Ltd., a Joint Venture Company of the three major Oil Marketing Companies in India. The Venture is implementing an integrated Refinery & Petrochemical Project in the State of Maharashtra, India at an estimated cost of around US$ 45 billion. This Project is in the initial phase and is slated for completion by the middle of the next decade and is potentially the largest Project of its kind in the world.

In addition, he was the Vice President of the Paris based World LPG Association, the authoritative voice of Global LPG Industry, Chairman of Petroleum Federation of India and Chairman of CII’s Council on Central Public Sector Enterprises.

An alumnus of College of Engineering, Madras University, majoring in Mechanical Engineering, he is also a Post Graduate in Management from MDI, Gurgaon. His experience in the Oil & Gas Industry spans nearly four decades.

He has been part of several Indian Ministerial delegations abroad and has contributed to policy making in the hydrocarbon sector at both National and International levels. He has been an industry leader in the implementation of transformational LPG initiatives in India, besides several others.

Mr. Ashok has been conferred with the SCOPE Award for excellence and outstanding contribution to Public Sector Management in individual leadership category, an award received from the Hon’ble President of India.

SESSIONS WITH B. Ashok